Termination Rights, Loan out Companies and Tax Planning for Artists in the Recording Business 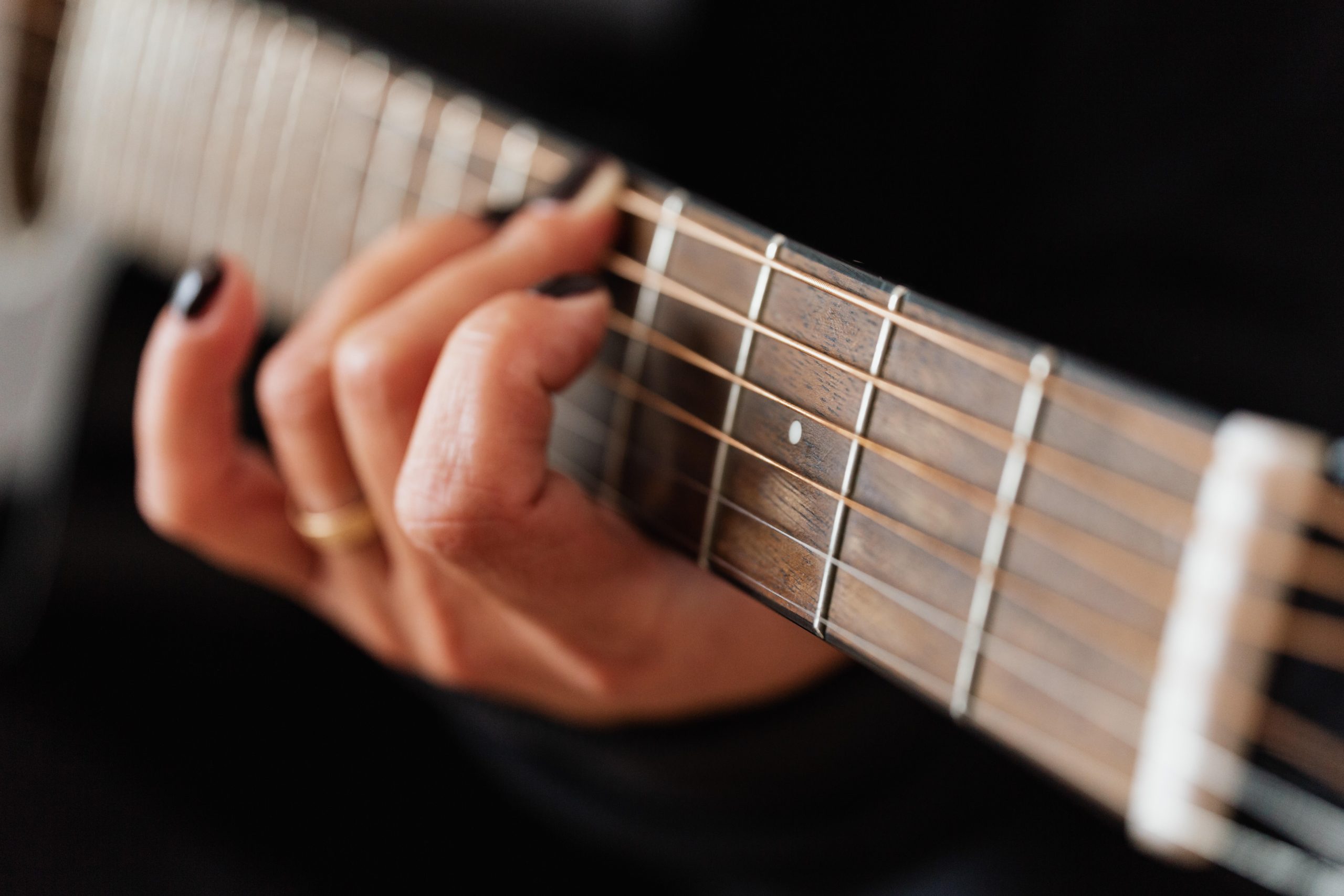 20 Nov Termination Rights, Loan out Companies and Tax Planning for Artists in the Recording Business

What is Copyright Termination?

In recognition of the unequal bargaining power present when a new artist signs an agreement with a record label or other third party, the 1976 Copyright Act enacted provisions which permit an author (or her heirs) to terminate a prior grant of a copyright after a stated period of years. The termination will only be effective in the United States. The party exercising those rights must follow rigorous requirements to ensure that the termination is effective. Because the termination does not happen automatically, the author or her heirs must take action to exercise those rights. Upon achieving an effective termination, the author or the author’s heirs become the owners of the US rights to the terminated works. Upon the effective date of termination, the author or author’s heirs can enter into a new agreement with respect to those rights with any third party, including the original record label.

What is a Loan Out Corporation?

A loan out corporation can accomplish several important objectives. One is to limit personal liability for the Artist. It is worth noting that the corporation will not necessarily shield the Artist from liability for contributory or vicarious copyright infringement because the Artist will often have the authority and ability to control the actions of the loan out corporation. The loan out corporation also provides certain financial benefits. Generally, a service provider such as an Artist, must report compensation in the year the compensation is paid, even if the right to collect the compensation is received by another. As an employee of the loan out corporation, a large portion of the compensation may not be immediately taxed if it is transferred to the Artist’s retirement plan, thereby postponing the payment of income tax to that time when the person retires and withdraws funds from the pension plan. Another income tax advantage was created under the Tax Cuts and Jobs Act of 2017, where commissions paid by artists to agents, or managers, or legal fees paid in connection with securing employment are not tax-deductible. However, these expenses are tax-deductible if paid by a corporation.

What is the Assignment of Income Doctrine?
The ability to use a retirement plan to receive the Artist’s compensation can avoid immediate income taxation under the Assignment of Income Doctrine. In Commissioner v. Banks, 543 US 426 (2005), the US Supreme Court described the assignment of income doctrine this way:
“The Internal Revenue Code defines “gross income” for federal tax purposes as “all income from whatever source derived.” The definition extends broadly to all economic gains not otherwise exempted. A taxpayer cannot exclude an economic gain from gross income by assigning the gain in advance to another party. The rationale for the so-called anticipatory assignment of income doctrine is the principle that gains should be taxed “to those who earn them,” a maxim we have called “the first principle of income taxation,” The anticipatory assignment doctrine is meant to prevent taxpayers from avoiding taxation through “arrangements and contracts however skillfully devised to prevent [income] when paid from vesting even for a second in the man who earned it.” (Citations omitted).

The Southern District of New York Class Action Cases.
Last year, two putative class actions were filed by the same law firms, representing different plaintiffs, against Sony and Universal Music Group, comprising two of the three major record labels, (i) seeking a declaratory judgement that copyright termination notices served by the recording artists were effective, (the record label’s position was that such notices were not effective) and (ii) asserting that the record labels committed copyright infringement by continuing to exploit the works after the effective date of these termination notices. Defendants moved to dismiss in both cases. Sony’s motion to dismiss the complaint against it was denied in its entirety. UMG’s motion to dismiss was granted, with respect to plaintiffs’ claims based on grants transferred by third parties (and in two other respects not relevant to this article and denied in other respects.) A later decision in the same case denied plaintiffs’ motion to file a Second Amended Complaint which sought to remedy the failures of the first complaint to properly allege that artists who relied on a loan out corporation to enter into the agreement with UMG still had the right to terminate the purported grant of copyright to the record label.

Plaintiffs later moved to file a Proposed Second Amended Complaint, and the court in Waite II maintained its position that if the contracting party was a loan out corporation, then termination rights did not belong to individual artist plaintiffs such as Waite. This Proposed Second Amended Complaint also made allegations that plaintiff Waite signed inducement letters in favor of the record label, and also alleged that plaintiffs agreed to execute any assignments of copyright requested by the record label. The Waite II court held that
“the agreements at issue were between the recording company and the third party. And therefore, it was the third party, not the artist that granted the transfer of copyright.”

The inducement letters and agreements to execute an assignment, all common in recording agreements, did not save plaintiff’s assertion that the individual artist still could terminate these grants. The court denied the motion to permit filing a Second Amended Complaint with regard to terminations by artists who used loan out companies to contract with the record label on the artist’s behalf.

These cases provide guidance on how to structure a recording agreement to achieve the Artist’s objectives. However, this article will not address the merits of these cases or prognosticate whether the claims will ultimately be successful. Since this is the second decision in the case in which the court held that the grantor was not the individual artist, but was the loan out corporation, the artist’s lawyers should consider how to preserve the tax planning benefits of using a loan out corporation, while also preserving the right to terminate the grant of copyrights. However, the question of whether the termination right exists is also beyond the scope of this article. For purposes of this article, we assume the right does exist.

With the record label’s permission, the Artist should assign all of her rights to receive income to her loan out corporation. As an accommodation to the Artist, labels frequently accept letters of direction which instruct the label to pay third parties to which the Artist may have an obligation. This proposed assignment typically does not generate an objection from the record label. The loan out corporation will pay the Artist a salary, engage agents, lawyers, and managers on the artist’s behalf, and can defer the taxation of current income by funding a pension or retirement plan in addition to those plans which might be available from any applicable guilds to which the Artist may belong.

What about the Assignment of Income doctrine, you ask? Well, since the Subchapter S corporation is a pass-through entity for Federal income tax purposes, and in our example is wholly owned by the Artist, any net income in the corporation is not taxed at the corporation level but is reported by the Artist and she pays tax on that income. That has the same effect of having the Artist receive the income directly. This solves the assignment of income problem, permits all termination rights to be preserved and all tax benefits to be realized.

Here is a simple example:

Here is another example:

Let us assume the loan out corporation does not elect Subchapter S status and remains as a C corporation. In the assignment of income court decisions, the service provider received a salary far less than the income the C Corporation generated from leasing its employee to third parties. The IRS attacked these arrangements because the corporate income tax rates were far less than the individual income tax rates, and they alleged this was an assignment of income from a high tax bracket taxpayer to a lower income tax bracket taxpayer. If the artist pays the same operating expenses as in the prior example, and makes the same contribution to the pension plan, and receives a salary for all of the C corporation’s income after deduction of pension contributions and operating expenses, there is no net income in the corporation (on which income tax would be due), and therefore, no assignment of income to a taxpayer in a lower income tax bracket. See, Johnson v. Comm’r. 78 T.C. 882 (1982) (IRS Win) and Laughton v. Comm’r., 40 B.T.A. 101 (1939) (taxpayer win).
_______________
Marc Jacobson, Esq. of New York, New York is an entertainment lawyer practicing in the music, film and television industries. He is the Founding Chairman of the New York State Bar Association Section on Entertainment Arts and Sports Law, and is consistently listed in Chambers USA, Best Lawyers in America and Super Lawyers as a leading entertainment lawyer.

Jerome M. Hesch, Esq. of Miami, Florida serves as an income tax and estate planning consultant for lawyers and other tax planning professionals throughout the country. He is the Director of the Notre Dame Tax and Estate Planning Institute, is on the Tax Management Advisory Board, and a Fellow of both the American College of Trusts and Estates Council and the American College of Tax Council. He was elected to the NAEPC Estate Planning Hall of Fame.

This article was published here: http://nysbar.com/blogs/EASL/2020/10/termination_rights_loan_out_co.html