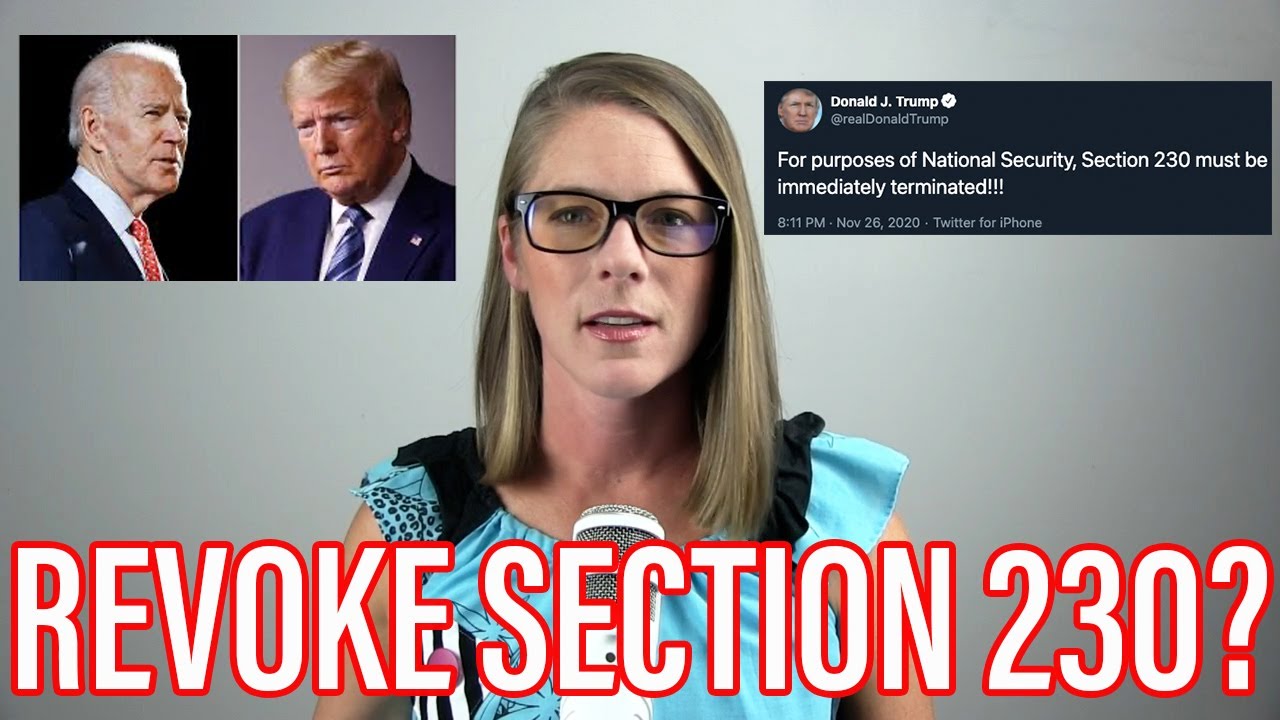 Posted at 10:55h in Internet by Marc Jacobson

Section 230 of the Communications Decency Act was enacted in response to a very difficult decision made in May 1995 by a trial court judge in Nassau County, NY.  Nassau County was, and probably still is to a large degree, a bedroom community for New York City workers.  New York State courts are very good at dealing with automobile accident cases, matrimonial law decisions and other matters unrelated to the First Amendment, common carriers and new technology. Remember, in 1994 and 1995, the Internet was exploding daily on the front page of many major newspapers, which was, at that time, the best way to receive, read and understand the news. The Internet was then largely a medium for text and did not have the graphical user interface we are accustomed to today.

Bulletin Boards. Back in 1994, Prodigy, one of the three dominant on line services at the time, which each operated their own incompatible networks, operated a “bulletin board” called “Money Talk.” A bulletin board, in 1994, was similar to the comments sections on news articles and videos found online today.  Someone would post a concept, or idea, and others would comment on it. CompuServe and AOL subscribers could not comment on the Prodigy bulletin boards and vice versa.

The Offending Post and Suit.An unidentified user left a post on the “Money Talk” board that Stratton Oakmont, and its principal, Daniel Porush committed criminal acts in connection with an Initial Public Offering (IPO), that the particular IPO was a criminal fraud, that Porush was “soon to be a proven criminal” and Stratton Oakmont only hired liars.  At the time, Prodigy had about two million users, and Money Talk was its most popular bulletin board. Over 60,000 messages a day were posted by Prodigy’s users to the boards. After reading the post, Stratton Oakmont and Porush sued Prodigy for libel, demanding $200 million in damages.

Court Decision. The court ruled in favor of Porush and his company. It stated, that when Prodigy began back in 1990, it routinely reviewed every post before permitting it to be posted to maintain its “family friendly” status. (Interestingly, at that time, the company charged a fee for every email sent.) By the time the post in question was made, the volume made it impossible for Prodigy to review all of them. Indeed, as set forth in an affidavit from in house counsel and submitted to the court, the company changed its policy and was no longer reviewing each post.

Justice Stewart Ain relied on stale facts, because he held there was not enough proof that the policy for review had changed.  He held that “Prodigy’s own policies, technology and staffing decisions … have altered the scenario and mandated the finding that it is a publisher.”  If Prodigy was found to be a publisher, then it was liable for the posts made by its subscribers, regardless of whether it can or does review them.

I became the General Counsel at Prodigy in September 1995. Prodigy ultimately settled the case by telling the plaintiffs that our litigation strategy would be to defend those statements as true, thus putting the plaintiffs’ reputations on trial. Rather than endure that, they agreed to withdraw the $200 million claim, which was the subject of wide media attention, in exchange for an apology from Prodigy.

The Legislative Solution. After receiving that difficult decision, but before the settlement, the company elected to lobby Congress and add 26 words to the then pending revision to the Telecommunications Act, which was at the time sixty years old.  A portion of the legislation, “The Communications Decency Act,” was designed to save the world from pornography and indecency being transmitted over the Internet. (More on that later.) As adopted, Section 230 very simply states: “No provider or user of an interactive computer service shall be treated as the publisher or speaker of any information provided by another information content provider.”

The statute overturned Stratton Oakmont v. Prodigy, as the legislative history said was intended.  Cases decided since then keep the shield strong, and permit the major platforms of today — Facebook, Twitter and others — free of liability from the posts of others, in an effort to promote discussion and free speech.

(2) to preserve the vibrant and competitive free market that presently exists for the Internet and other interactive computer services, unfettered by Federal or State regulation;

(3) to encourage the development of technologies which maximize user control over what information is received by individuals, families, and schools who use the Internet and other interactive computer services;…”

The law is broad and extremely effective. The kind of debate and discussion on the Internet — not the name calling and incitement to insurrection — are robust and interesting. Protecting that is consistent with both the Constitution and the Policy as recited in the legislation.
For me, requiring Twitter or Facebook to take down posts pursuant to some new law is antithetical to our society and inconsistent with our constitution.  Twitter and Facebook are not common carriers, and are not needed to keep the country moving. Telephone lines or railroads are needed, and they have been denominated common carriers.  As private companies, they have the right to restrict access on any basis, especially since they are not supported by any government or taxpayer funds.  I am not in favor of amending Section 230 which I worked so hard to enact.
The Communications Decency Act was Unconstitutional. The Communications Decency Act, to the extent it tried to limit the spread of indecent material and prevent the display of “patently offensive” material online was later found to be unconstitutional by the US Supreme Court in Reno v. ACLU, 521 US 844 (1997). The Court said: “As a matter of constitutional tradition, in the absence of evidence to the contrary, we presume that governmental regulation of the content of speech is more likely to interfere with the free exchange of ideas than to encourage it.  The interest in encouraging freedom of expression in a  democratic society outweighs any theoretical but unproven benefit of censorship.”  I was an author of the winning brief.
Applying that guidance to current efforts to write legislation altering the landscape for speech on the Internet will be virtually impossible.  We should leave well enough alone, and not amend Section 230.
PS:  The 2013 movie, The Wolf of Wall Street, directed by Martin Scorcese and starring Leonardo DiCaprio was all about Daniel Porush’s partner, Jordan Belfort and Stratton Oakmont.  Further, the movie was financed through assets stolen from the Malaysian government through a fund called 1MDB. The participants who received gifts from the criminal investor/financier, ultimately returned the gifts so they could be sold to repay the victims.
Print page
0 Likes